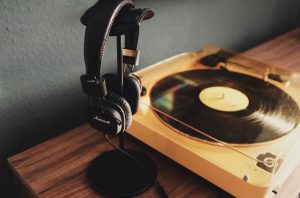 In the era of digital, how and where we want to listen to music has changed massively, yet trends at times still lend themselves to the styles of yesterday in terms of ownership. We want the new and the innovative, yet at the same time want the cool aesthetics associated with listening to music.

Here, we’ve looked at how we listen to music and what impact smart technology has had on our musical minds.

A return to retro

The origins of circulating popular music, vinyl records are iconic and have been a driver in the success of not only bands and singers, but the music industry as a whole. The look, feel and process of flipping and changing LPs on a record player is, for some, the essence of what music is all about.

Yet the mid-noughties almost saw the death of vinyl records, put to the sword by mp3 players and the rise of digital downloads. People didn’t want the authenticity of a record, they wanted the small, compact music players to listen whenever and wherever they wanted – portable was in, vinyl was out.

The latest UK figures from the BPI, dated for 2017, found that LPs accounted for one in every 10 physical music sales, with over four million being sold during the year. This signalled a 9.5 per cent year-on-year increase, the biggest rise seen this millennium.

During 2018, the lunar-inspired Tranquillity Base Hotel + Casino from Arctic Monkeys took the title of best-selling vinyl, shipping 38,000 copies from its release in May. Despite the record heralding a new era in the band’s sound and receiving mixed reviews from fans and commentators alike, it became the fastest-selling LP of the last 25 years – its 24,500 sales in the first week eclipsed the previous record set by Liam Gallagher’s As You Were,which sold 8,600 copies during its first week. Interestingly, both albums were released in the last two years, highlighting our appetite for new music on vinyl. We want an authentic feel with a modern vibe.

It’s worth noting too that the figures around vinyl sales in modern society are relatively skewed, as the recirculation of second-hand vinyl records isn’t included – despite the likes of eBay, Amazon and record fayres all support a booming second-hand market. If this was taken into consideration, the actual figures would be much higher, according to reports.

A stream flooding the industry

Despite a resurgence in the sales figures for vinyl records, consumer habits all point towards a preferential choice of streaming music from online providers. In the on-the-go era, we need choice, ease and convenience when it comes to accessing entertainment, and streaming platforms offer all three in abundance.

Arguably the biggest player in the music streaming sector is Spotify – a provider of both a free and subscription streaming service. Top level, the figures surrounding its usage are phenomenal. Spotify has 170 million monthly active users, with 75 million paying a subscription fee for the service – up from 71 million in the previous quarter, a 5.6 per cent increase. The remaining users opt for the free service, which is funded by advertising content.

The plethora of choice on the streaming service seems almost utopian. According to the latest figures, there are 30 million songs on Spotify – that’s one song for every second of the day for almost a year. The likes of Tidal, Apple Music and Amazon Music are major players too, all stating they actually have a wider choice than Spotify with 40 million, 43 million and 50 million songs respectively (it’s worth noting that these platforms are subscription-only, whereas Spotify offers a free version).

And all of this, at the touch of a button. It’s no surprise then that 75 per cent of the music industry’s revenue comes from streaming services – with a further 12 per cent coming from digital downloads.

How the success of the latest hits and albums are ranked now comes down to streaming, with the number of streams a track achieves on a music services being a contributing factor in the UK charts. Long gone are the days of going to a record store to get your favourite song to number one by physically buying it – now you just have to press play on your smartphone.

A smart way to listen

But streaming music isn’t just limited to smartphones for on-the-go listening. We’re combining the latest innovations from the worlds of music and smart technology to improve our in-home music experiences. Voice recognition within our homes has become hugely popular over recent years, with the likes of Amazon Echo and Google Home transforming the way we function through completing tasks and providing answers to our conundrums.

But according to research from Adobe, 75 per cent of people surveyed said they use their smart speaker as a means of listening to music.

Using a smart speaker is almost like having your own personal DJ, taking your request as and when without having to change the disk or record when it’s finished. The physicality of listening to music has been removed – through a simple voice command we can access these huge banks of music and dictate what we hear. It exceeds changing your LP, clicking next on the CD player or having the Bluetooth speaker erratically working. It makes our smart homes even smarter.

Our headphones too have evolved into smart, futuristic tools. Putting the new Apple AirPods to one side, wireless and Bluetooth headphones are becoming the norm – but don’t let the lack of wire make you think the quality will be impacted. The reams of coiled wired that allow us to enjoy the solitude of our music have long gone – it’s about cutting-edge design, high-quality tones and ergonomics to bring a new sound wave of listening standards. Volume levels can auto-adjust depending on the heavy nature of a song, and settings can amend the tones you’re hearing.

With the technological advancements now available, there was bound to be a change in the way we access music. Streaming services have pioneered a new way of listening, and allowed people to explore and discover artists, groups and genres they would perhaps never stumbled across if it wasn’t thanks to the gargantuan libraries these services offer. Streaming platforms have become the equivalent of ‘flicking through rows of LPs in the record shop’ at the click and stroll of a screen.

The future of our homes too will be dictated through smart technology, so having this form of musical ingenuity connects where we live to our passions. There’s no disjoint between our homes and our lifestyle choices – they can easily become entwined to create a space we enjoy being in.

But with this virtual presence of music, comes the want to hark back to the eras of ownership. For some, the sensation of having that LP and listening to it on a record player is like no other. Vinyl becomes a collector’s piece, a hobby. The need for physical ownership of music may not be required anymore, but it’ll never become an obsolete idea. 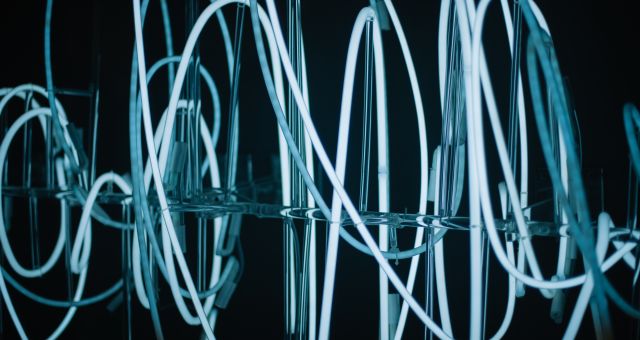 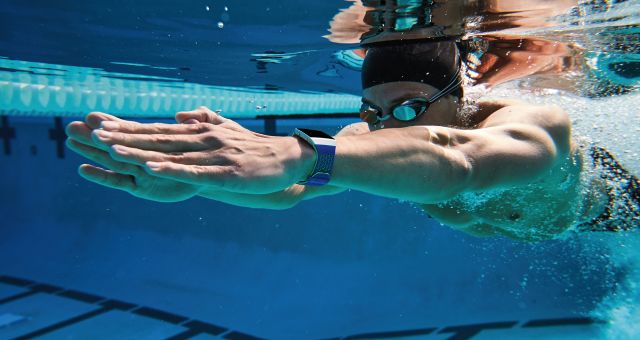